What is HIE? - Hypoxic Ischemic Encephalopathy 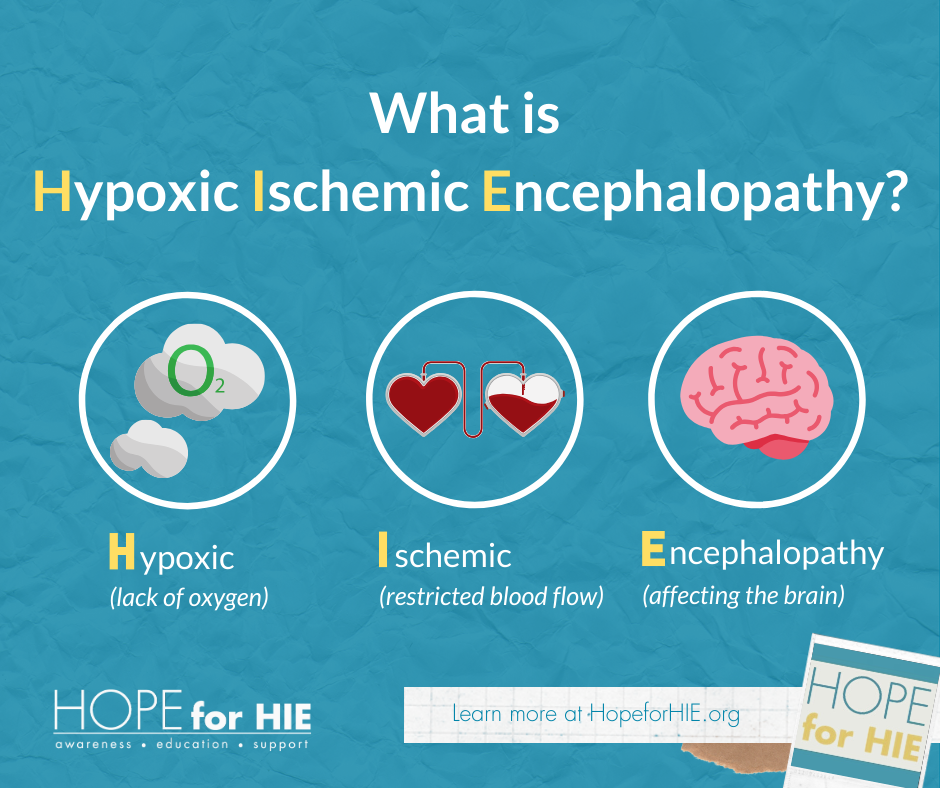 When the brain is deprived of oxygen, brain cells are injured.  Some may recover, some may die.  The most common causes of oxygen deprivation to the brain are low levels of oxygen in the blood or a reduced flow of oxygen to the brain. This can happen in a variety of ways prior to birth, during the birth process, after birth, and during childhood. Different alternate diagnoses include perinatal encephalopathy, perinatal asphyxia, neonatal encephalopathy or birth asphyxia.

There are two stages of injury with HIE: The first stage happens immediately after the initial oxygen deprivation. The second occurs as normal oxygenated blood flow resumes to the brain. This is called “reperfusion injury” and occurs as toxins are released from the damaged cells.

How is HIE diagnosed?

Diagnosis of HIE in a newborn baby is done using a few different diagnostic tools.  The Sarnat Scale, which is based upon how the baby appears after birth or injury, or presentation at the hospital is one of them, in addition to imaging such as EEG, ultrasound and MRI, and checking cord blood gas levels. 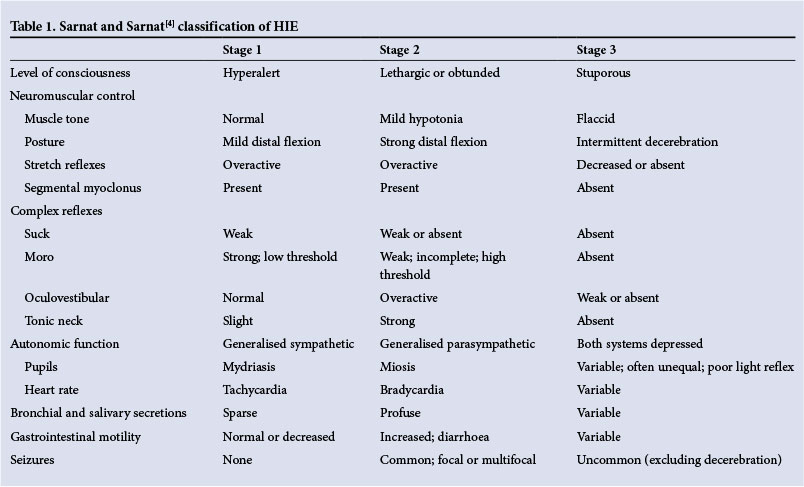 The baby or child may present with the following symptoms:

Depending on certain criteria, therapeutic hypothermia, or cooling, has been shown to reduce death and disability in many cases. The cooling treatment is the most widely known and used treatment, but there are other treatments being trialed around the world. Cooling can be done on the whole body, or through a cooling cap placed on the head.  The baby may also need other medical intervention to support their organs or to treat seizures as they recover.

How many babies are diagnosed with HIE?

About two to three in every 1,000 full-term births will be affected by HIE every year, which means thousands of babies and children experience HIE every year. We are on a mission to ensure none of them face HIE alone.