The latest in HIE treatment research 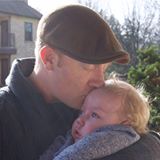 In 2015, when our son, Grey, was born, there were not many interventions available to neonatologists to help lessen the brunt of an HIE injury.

In fact, we had to make a decision within our son’s first two hours of life to be transferred from what we thought was a high-level NICU to a nearby university hospital so that our son could receive brain cooling—the only option available to help protect his brain from further injury.

A week or so later, while our newborn son’s condition remained critical, an attending physician had a difficult conversation with me and my wife. She said, “we’ve gotten good at saving lives like Grey’s, but we haven’t caught up with what comes next.”

What she meant was that doctors had many tools and resources available to help resuscitate Grey, to deal with his sepsis, to treat his punctured lung, to assist his breathing, to treat his damaged liver and kidneys, and to continually move his condition toward a more stable place.

What they were fairly helpless to treat, however, was his brain injury.

Now that he’s almost four, I have gotten somewhat numb to rehashing his birth and the trauma our family experienced. There’s always a surprise trigger on this journey, though, and attending a medical conference dealing specifically with HIE injuries and emergent treatment brought me right back to those summer days when our boy, and HIE, were new to us.

On behalf of Hope for HIE, I was able to attend a symposium put on by Eastern Virginia Medical School to discuss and compare possible treatments and interventions being considered to help lessen the effects of an HIE insult in newborns. This event was sponsored by ReAlta, a pharmaceutical company currently working on a possible initial treatment for HIE injuries.

While this was offered as a peer-to-peer conference, this layperson was able to look behind the curtain of medical research and glean both what is considered current best practice, as well as what treatments could be coming down the pipeline in the near future.

Cooling is the standard
While brain cooling was not a specific topic of any of the presenters, it was discussed by many of them. There seems to be a consensus within the neonatal community that hypothermic treatment offers enough of a repeatable result that it should be offered in all cases where an HIE injury is known to have occurred, and even some where it is merely suspected. It has improved
the mortality rates in newborns with an HIE diagnosis, and shows other recovery benefits.

Cooling “Plus” will be the new standard
Dr. Michael Cotten, Dr. Tushar Shah, and Dr. Amy Goodman each presented on the current state of clinical trials being worked on for possible HIE treatments. The takeaway is that cooling plus (another intervention) will soon become the standard for treating an initial HIE insult.

Dr. Goodman is currently leading a trial using high doses of Erythropoietin (EPO) in newborns with HIE. I’m familiar with EPO, since it was prevalent in the late ’90’s and early ’00’s as a performance enhancer used by professional cyclists.

It increases red blood cell count, and may help to re-oxygenate the brain. Dr. Shah discussed PIC1, a molecular peptide being developed by ReAlta to help “inhibit the complement cascade” responsible for inflammation. We also got to hear from Dr. Neel Krishna, the lead scientist behind PIC1’s development.

I was able to corner him and ask for a dumbed-down description of what the promise of PIC1 is. The hope is that it will significantly curb brain inflammation, and since it would be administered in three doses over the first few days of life could also allow the brain periods of rest and repair.

While she praised the Sarnat scale for being quite useful and simple, she criticized the test’s subjective nature and the trend of neonatologists to be overly sensitive when administering it (mild cases tend to “bleed” into moderate, and moderate into severe). She recommends several standardized, scorable exams along with the Sarnat to more effectively assess a child’s neurological development.

Moving a treatment into the trial phase is a long, expensive process
I was able to sit in on an afternoon round table that’s purpose was to find solutions for how to best begin trials for PIC1. The doctors, scientists, researchers, and statisticians are tasked with how to best present a trial to the FDA for PIC1 that considers the effectiveness of the trial, the cost, the timeline, which groups to target, and how a new pharmacotherapy can be used along with hypothermic therapy.

It was a window into a painstaking process, and one of the larger challenges they face is that this drug would be used in an emergency situation—requiring trial participants to sign into the program within the first few hours of their child’s life.

My takeaway
In summary, it’s amazing to know that such smart people are working on finding better treatments for an HIE injury. It’s really hard, though, as an HIE parent, to think that if one of these potential treatments was available when our son was born, his outcome might have been improved.

Part of the round table discussion dealt with how neonatologists should present a potential trial to parents when their child is only a few hours old. I could only think about my own experience, and fearing the worst about our son’s brain development. If a doctor in the NICU had presented us with any, and I mean ANY trial that promised a possibility of lessening the extent of the damage done to Grey’s brain, we would have signed up before they finished explaining it.

It’s just the nature of medical progress, and I have to remind myself that we were lucky to have a facility near us that could offer cooling treatment to Grey when there were innumerable parents before us that had no options at all. So, while it was personally hard to consider ours and our doctor’s helplessness to treat Grey’s brain four years ago, it’s exciting to know that future parents will have more effective options available to them.