Long nights in the NICU sparked a dream in one HIE mother, and she wasn’t going to take no for an answer.

Sara Baker Pendleton met her daughter, Ansley, at 2 weeks old in the NICU, and was so struck by her perfect little feet. The way she held them reminded her of first position in ballet. Ansley’s prognosis was grim after birth, and Sara often heard from doctors that she wouldn’t be able to do anything, but she had hope. 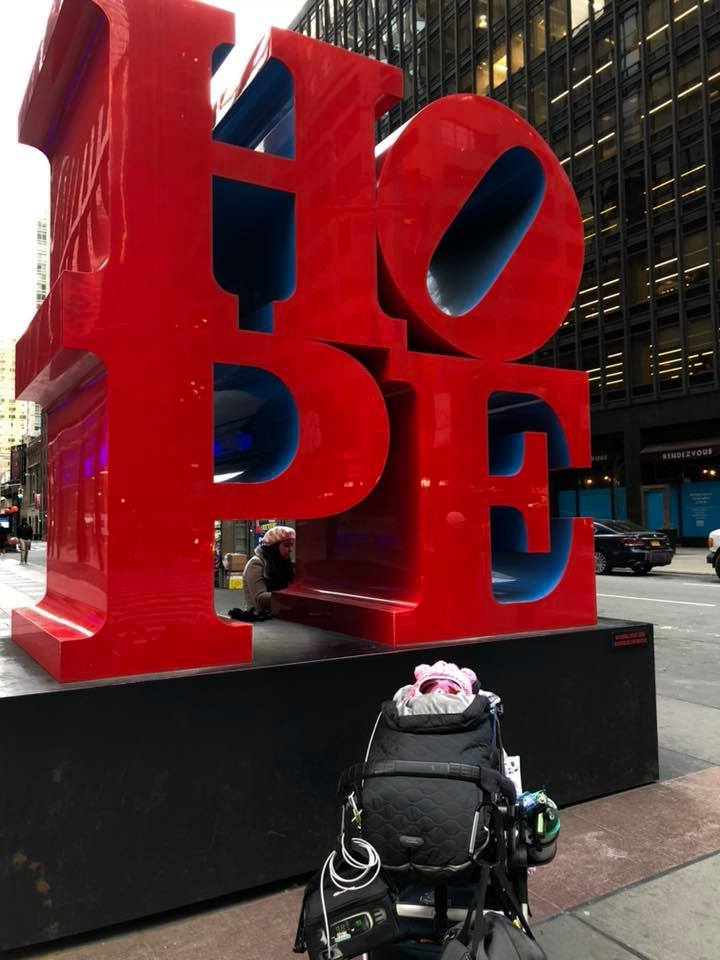 They would often spend their evenings cuddling and watching ballet documentaries. Sara promised her that they would see the ballet in New York City one day. 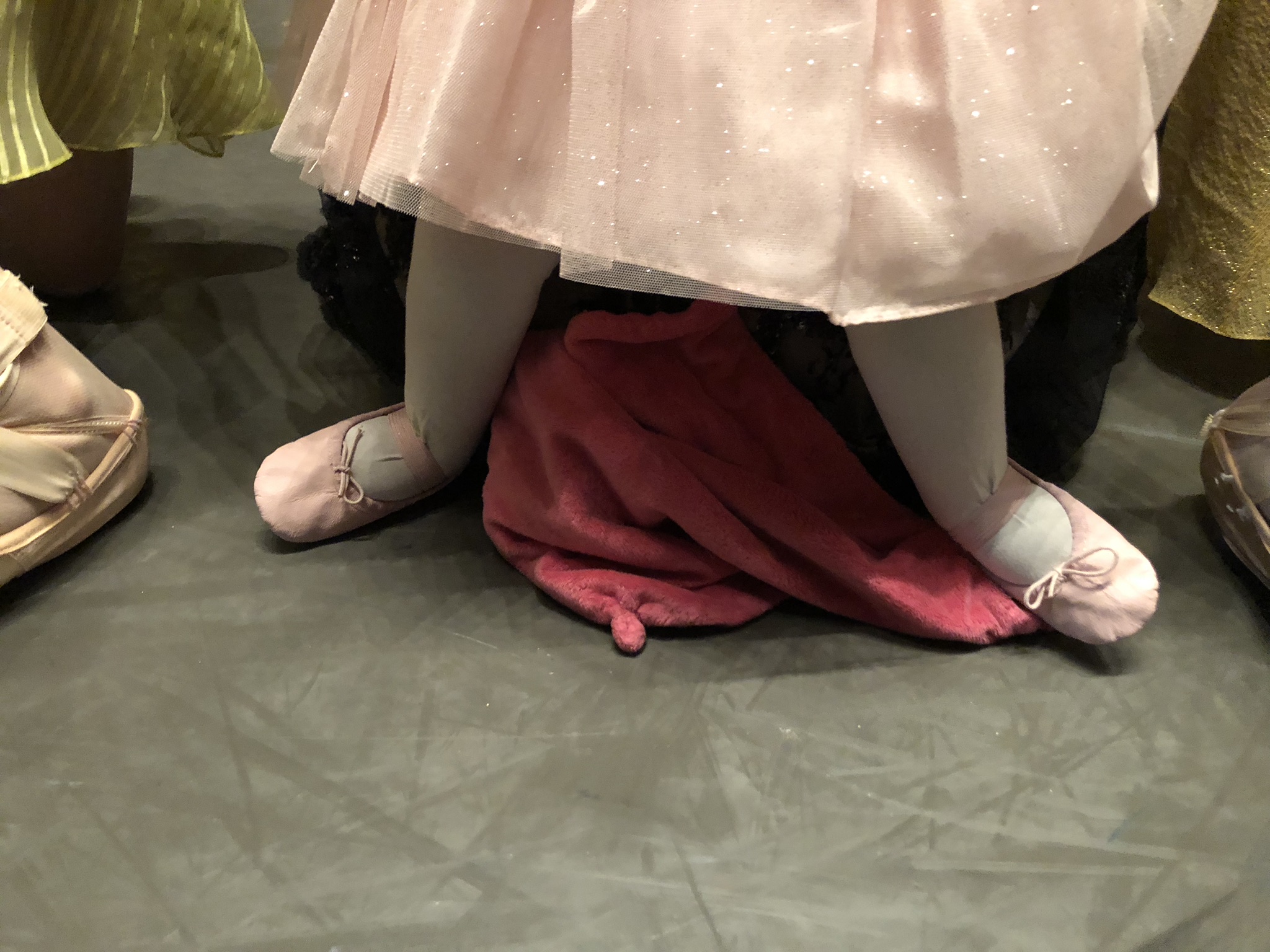 So when Ansley had the chance to have a wish granted, Sara knew just what it would be. Unfortunately, her request was turned down, and the family was asked to come up with another wish.

She refused, and so began her adventure in Hope.

“I felt about as defiant as hearing that someone thought Ansley would never be able to do anything. We resolved to do it ourselves because she deserved it,” Sara said.

Planning the trip wouldn’t be easy, between the costs, her husband’s work schedule and their other children at home. But they were determined. 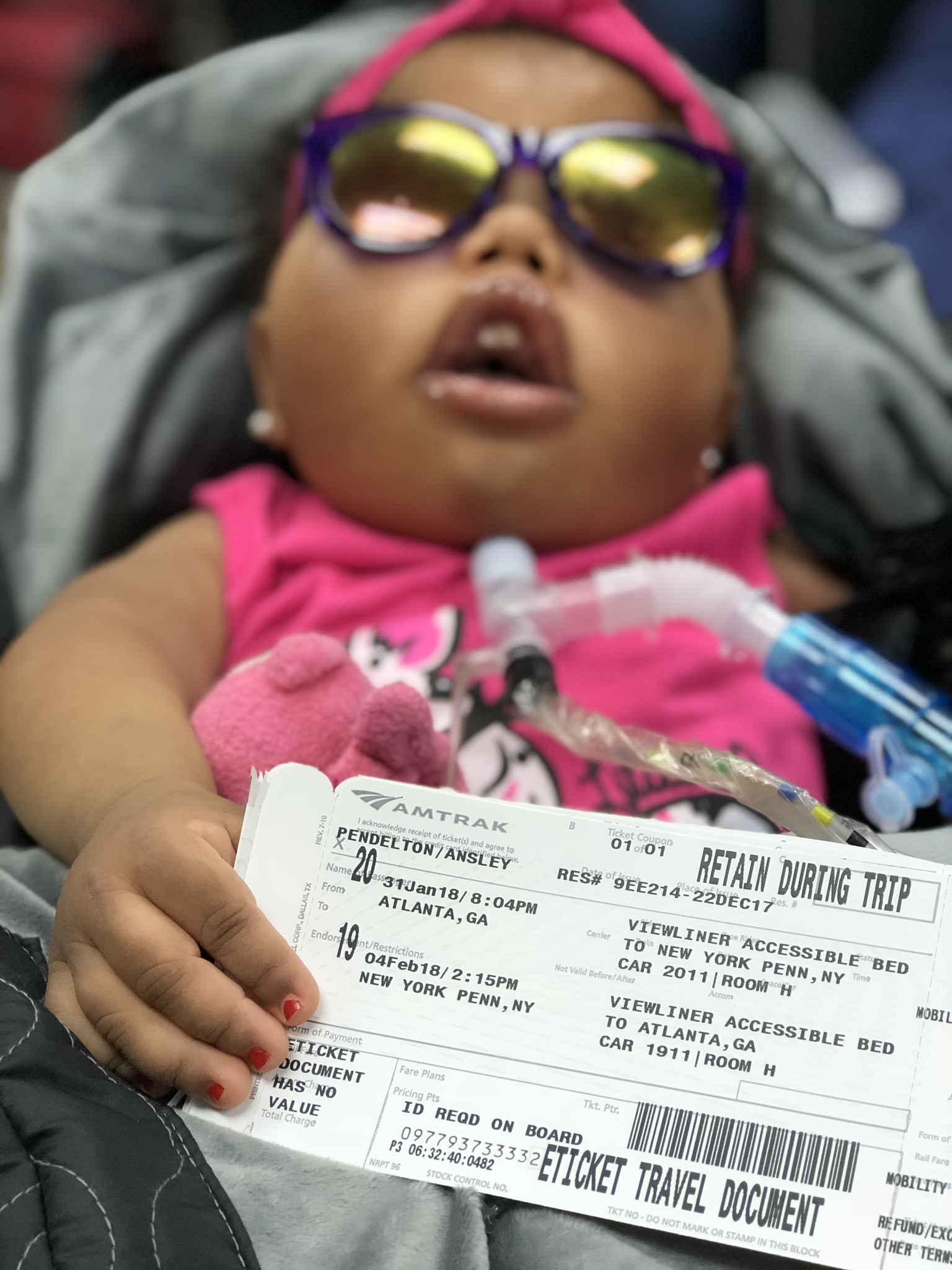 They saved for months. They scheduled childcare. Sara asked a nurse to come with them on the trip to be sure they could care for Ansley’s needs. They decided to take the train, instead of flying, to make the trip easier on Ansley. And then she had to pack everything her little girl needed, from medications to supplies for her ventilator, feeding tube and trach.

“It felt impossible when I first started planning. Too many risks, too much burden on the rest of the family, unfair to have to go without her father and brothers who deserved to be there with her,” Sara said.

But they had to do it for their girl.

“There are a lot of promises and commitments I cannot make or keep for my darling girl. What I could do for her, though, was find a way to honor that spirit of intense hope that bonded us as mother and daughter through those weeks of quiet and exhausting NICU nights together. I promised her we’d go to the ballet, and I would not accept anything less than THE ballet I promised her,” Sara said. 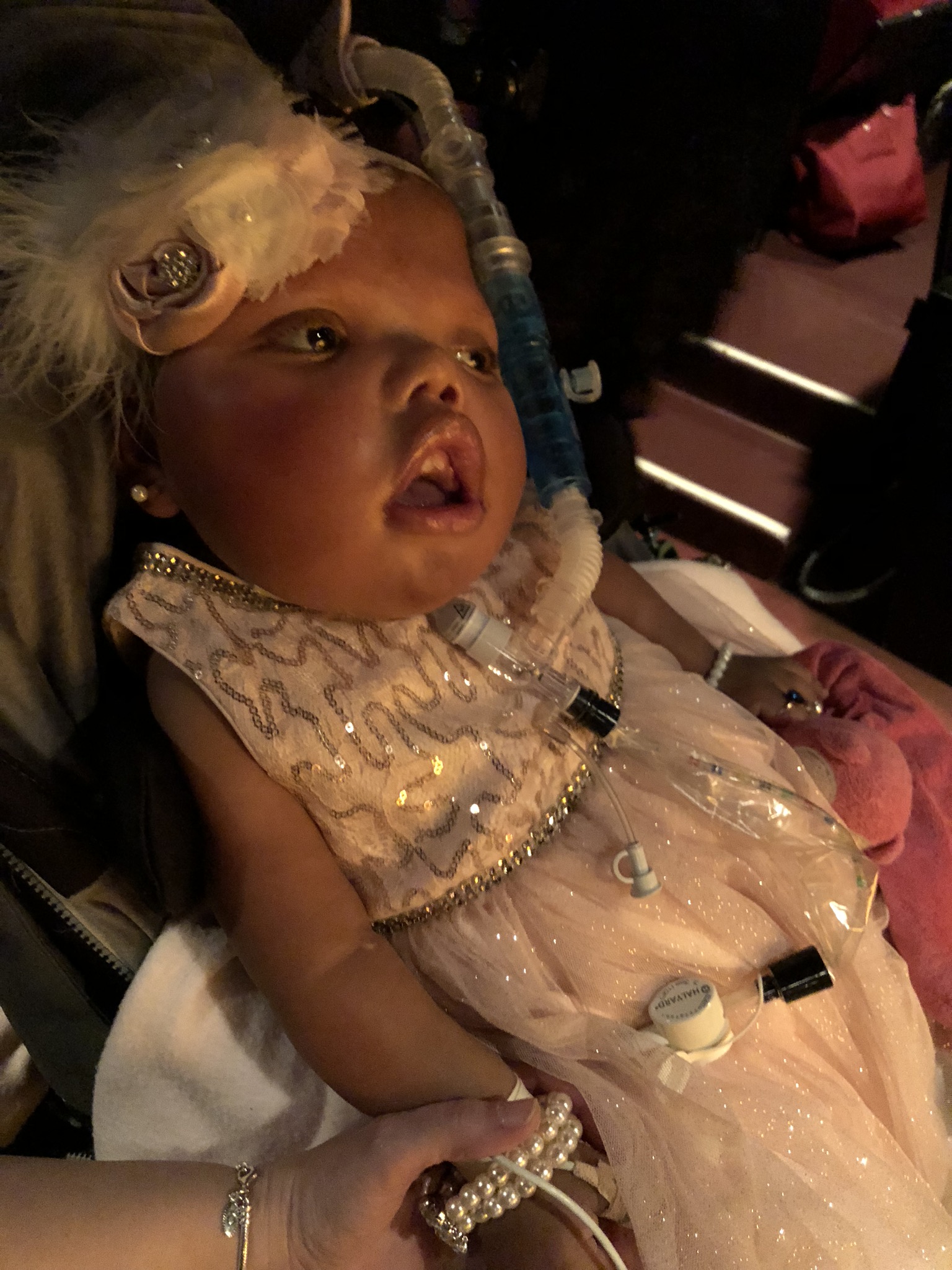 Sara also wanted to prove a point that even though Ansley can’t communicate in the same way other children do, she knew this was what her little girl wanted. And for those who don’t live the same life with therapies, specialists and complex care teams, she wanted them to know that Ansley’s condition doesn’t define her or her value, she said.

“I wanted people who think children like her aren’t capable or deserving of extravagant adventure, due to their condition and lack of communication, to see that a spirit of hope and determination doesn’t require an ability to express that,” Sara said.

“I wanted to prove to those around us that love doesn’t need a response to be moved to action.” 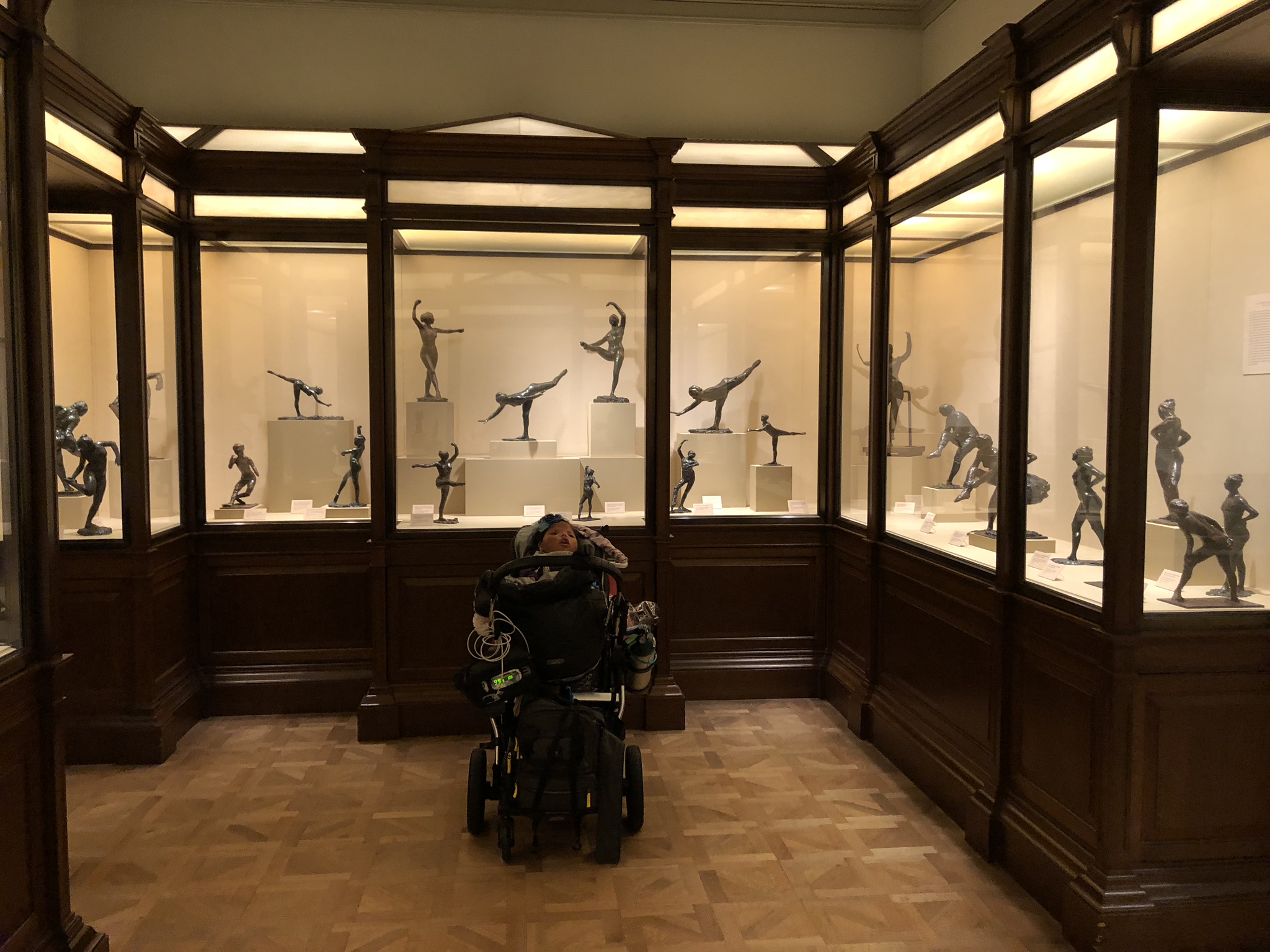 For other families considering their own adventures in hope, Sara tells them to trust their hearts about what their child would want and to not get discouraged.

“Trust yourself when your heart tells you what your child would enjoy, whether they can confirm that or not. Set a goal and work on it a little at a time. It took us three years to get our Diva Ballerina feet to the NYC Ballet,” Sara said.

She often thinks of one her favorite Bible verses: “Hope deferred makes the heart sick, but when longing is fulfilled, it is a tree of life.”

“I believe our children have brave spirits that are longing to be and do more than the physical limitations they’ve been given. Let’s give them life, y’all,” Sara said. 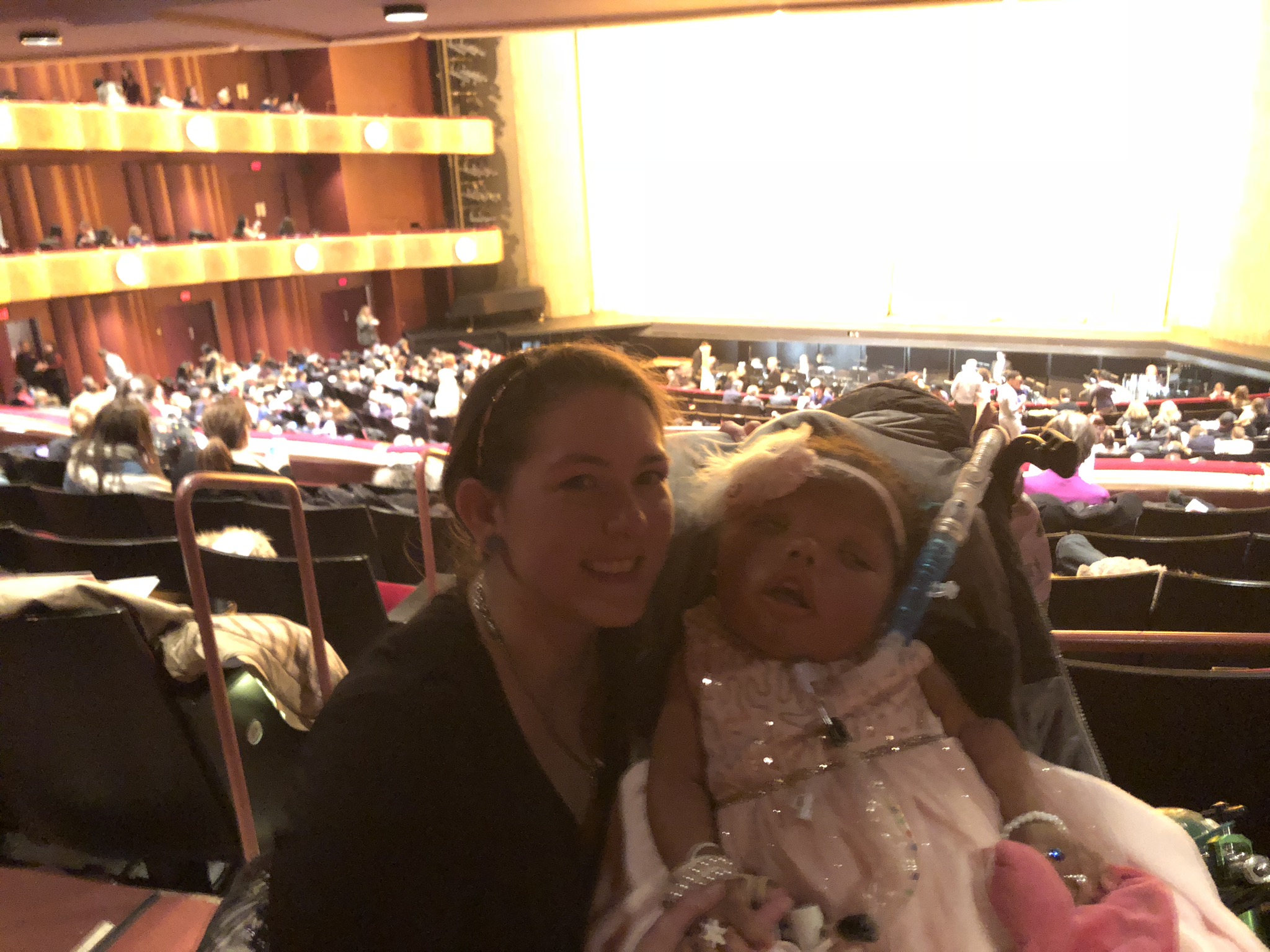