Adventures as a family

HIE hasn’t stopped this adventurous family from exploring and enjoying their world together.

Two-year-old Connor May and his parents, Rhea and Johnny, live in the foothills overlooking Denver, Colorado – and they take full advantage of the adventures awaiting them in their own backyard and beyond.

From mountains to music festivals, Connor is already quite a daring little man. Along with laughing and listening to music, being outside and feeling the wind on his face are some of his very favorite things. 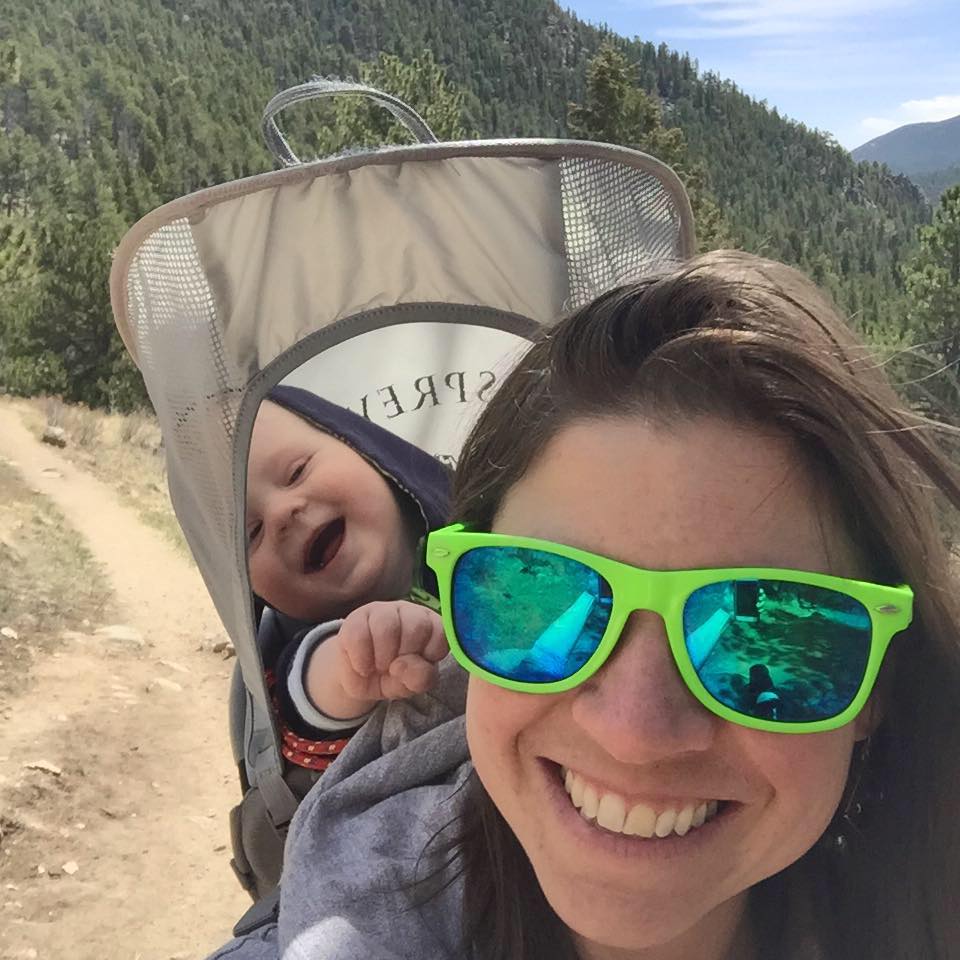 He comes by it honestly – Rhea and Johnny enjoy everything from hiking to rafting to skiing in the mountains. Despite both working full-time, they try to make it to the mountains about every other weekend.

“As a family we work hard and play hard,” Rhea said.

She gave credit to her extended family and friends as a great source of support along their journey of life with HIE, as well.

Family has also given the them opportunities to fly with Connor on visits to out-of-state relatives in St. Louis, Missouri and La Jolla, California. 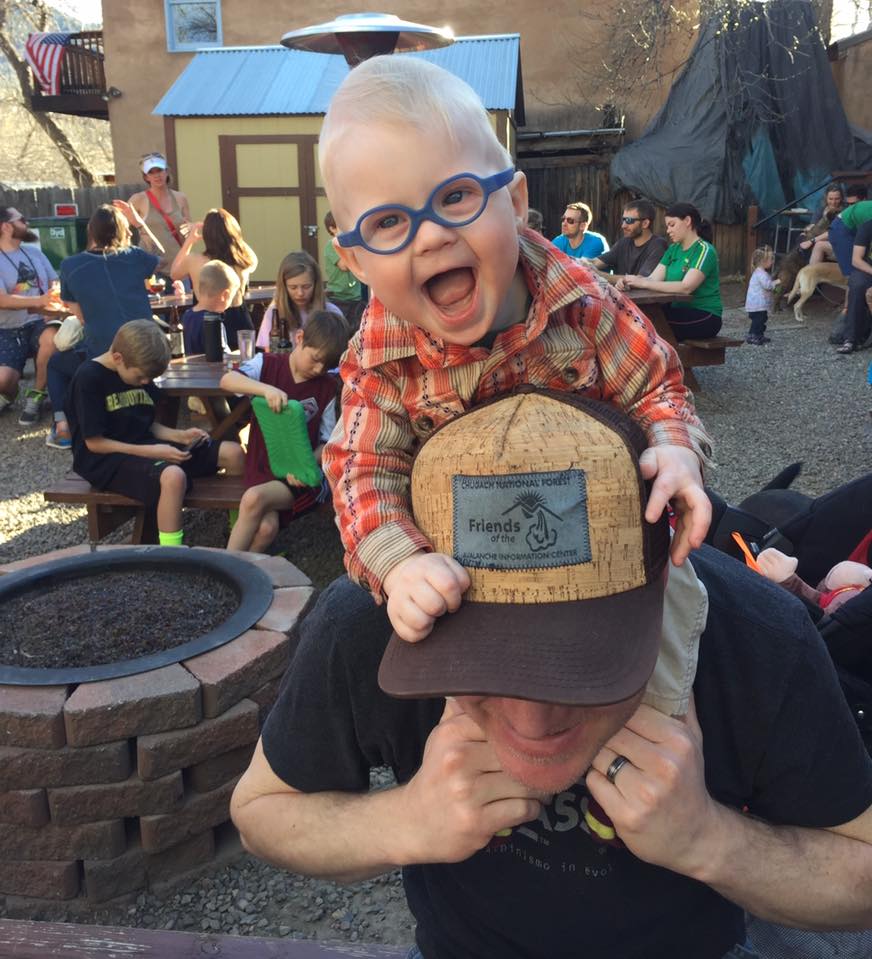 And Connor is no stranger to the road, either. He’s already gotten to road-trip through Colorado and Wyoming on several family camping trips. Although they’ve traded in their tent for a small pull-behind RV that makes the feeding pump aspect easier, they don’t let HIE keep them from sharing their passions with their little boy.

Connor went on his first hike with his mom when he was just over a month old, which was a real breath of fresh air for Rhea after Connor’s NICU stay and many sleepless nights.

Another of the family’s favorite memories is snowmobiling with Connor one sunny spring day, when they were able to take in the overwhelming beauty of their surroundings together. 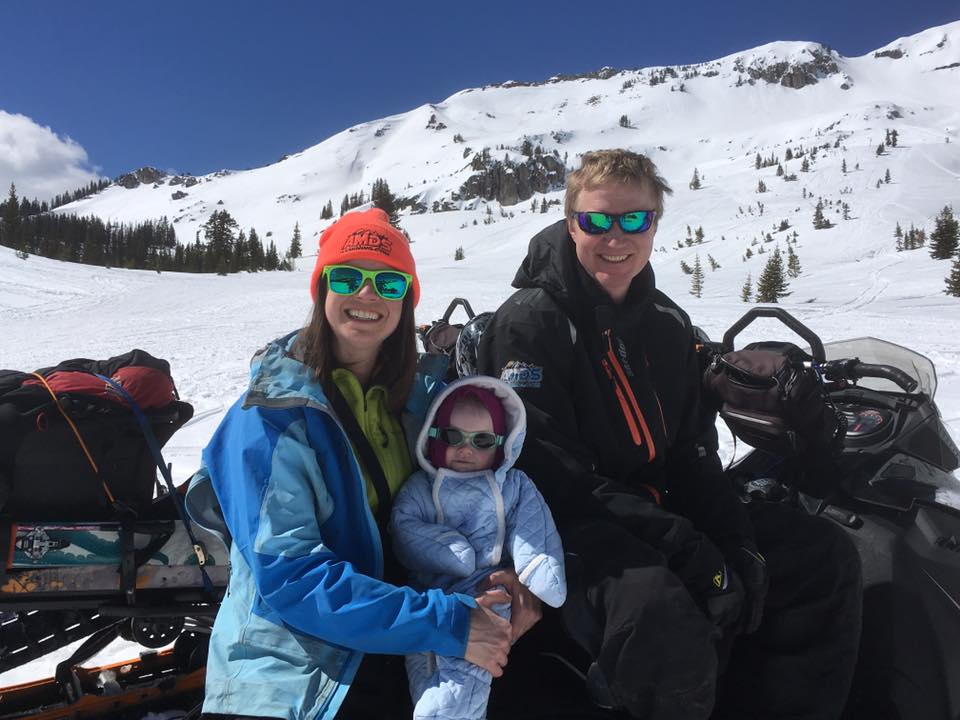 They’ve also shared with Connor the family tradition of going to the Telluride Blues and Brews festival to celebrate his grandma’s birthday.

Rhea shared that a favorite memory from the festival has been dancing late at night with Connor asleep on her chest – just one of the countless ways her little boy brings so much joy.

She said she views HIE as “a gift to reshape your priorities – your perspective – a gift to open your heart up.” 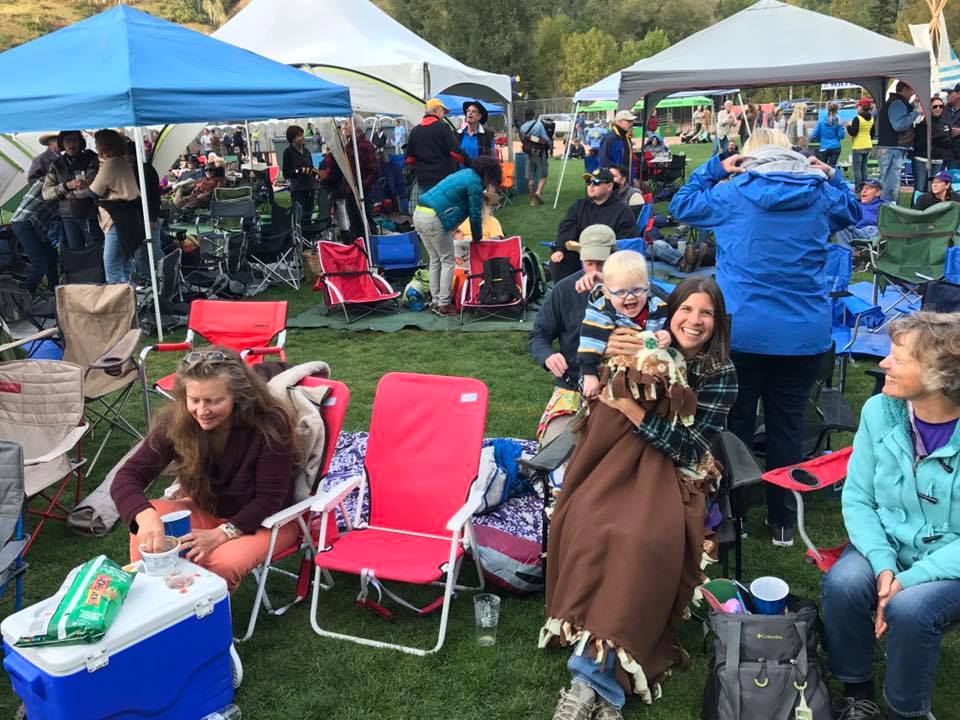 Adventure is a definite theme for the May family, and HIE has only strengthened their spirit of adventure.

“Live in the moment – don’t let life get you down,” Rhea said.

Connor and his parents embody these mottoes every day as they embrace the beauty of the world all around them.

“Love and support one another. Give the world a hug,” Rhea said.